The title "Pink Laydee of the Year" is the most prestigious award we present at our Annual Awardz Ceremony which normally occurs in July/August.

Pink Laydee of the Year is the member of our community who ticks all the boxes and who could win all the Awardz for that year basically!

The Awardz have been operating since 2012 and we have seen the trophies, medals & badges grow as well as the nominations due to our ever developing community.

Meet some of the Laydeez who have won Pink Laydee of the Year. 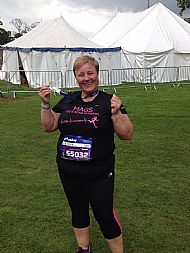 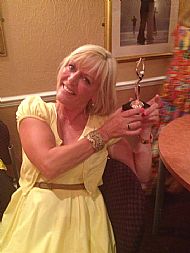 "I'd just like to say the Pink Laydeez Awardz Night is fantastic! I won it in 2013 and can honestly say I had no idea I would be in the running (pardon the pun) as I am never going to be the fastest or run the furthest but the Laydeez saw in me the hard work I put in and surpassed everything I could ever think I could do... That is what makes the Pink Laydeez so special...having the whole team 100% behind you in all you wish to achieve. The Awardz are a great night for glamming up and letting your hair down, I wouldn't miss it for the world!" 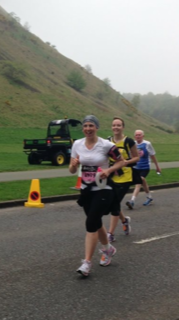 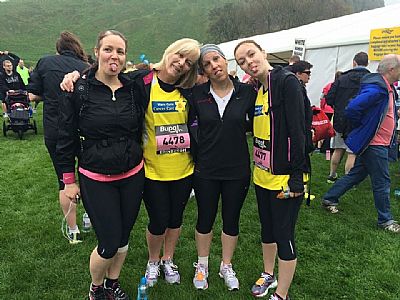 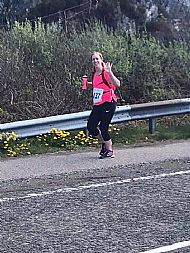 I am honoured to win PLOY 2015 -16. The Pink Laydeez have been such a big part of my life for a number of years and have helped me achieve a number of goals. It may sound cliché, but this group of Laydeez are much more than exercise or running classes, they are family. The community has been growing and growing thanks to its leader Nic and it’s the ethos and support that makes them such a great group.

I joined in 2013 after moving back to the area after 8 years and was looking for a club/ activity to keep me active and make new friends. I never considered myself a runner, in fact my sister laughed when she heard I had started at a running group but by 2014 I had got the bug. I took part in the EMF Hairy Haggis and enjoyed the atmosphere and adrenalin of running as part of a team that I signed up for the EMF Half Marathon in 2015. With the encouragement of Nic and training partners, I crossed that finishing line. It was a huge achievement for me. I couldn’t believe I had done it and I wanted to give something back to the community for their support.

In August 2015, I became a jog leader and joined the Pink Laydeez staff. It was a perfect way to maintain the motivation for running, encourage others to reach their goals and give something back. It was certainly a learning curve and I have learnt much more about running than just putting one foot in front of the other.

I have made many invaluable friendships and found a love for health and fitness that I don’t think I dreamt of in my 20s. I love finding new challenges, training with my friends and reaching those goals through pain, grit and determination with the satisfaction that you can do anything if you put your mind to it, as long as you have a great support network behind you and that’s what the Pink Laydeez provides. 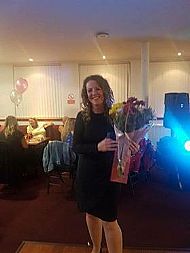 I was voted Pink Laydee of the year 2017 at our annual awards night. I never ever expected to win, as all the other nominees were also very worthy contenders and equally deserving.
I have worked really hard this year to lose weight, up my fitness and running distance and to be recognised for this by the other Laydeez who voted really is special and means the absolute world to me. I just love being part of the community!! 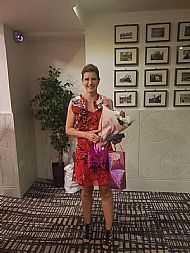 I am very humbled to have been chosen for the PL of the Year Award. I am following in the footsteps of some amazing Laydeez. I joined Pink Laydeez in 2013. As mum to 2 young boys I didn't have many opportunities to get out. I was introduced to PL by a friend at work, and I am still so grateful to her. Fitness mixed with friendships - makes for fun! For someone who refused to run for a bus, I have now completed 3 half marathons, and 2 EMF relay teams. I joined the amazing team of staff in early 2018 when I gained my Jog Lead Qualification, which means I now get to help and encourage others, just as I have been, and continue to be! I was diagnosed with MS in December 2016 and the support I get from everyone is amazing. I am so glad that I get to call the Pink Laydeez my family! Thank you so much to you all. X 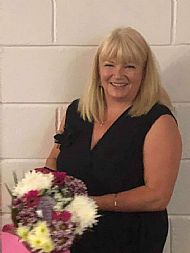 I joined Pink Laydeez 8½ years ago and though I had run a little bit over the years this Group and our leader Nic gave me confidence to run more and further.

I was over the moon to have been awarded Pink Laydee of the year for 2018 which means the world to me and more.  Pink Laydeez is a huge part of my life.  The biggest accomplishment apart from this Award was my competing in the Edinburgh Half Marathon in 2015. I remember my boss saying that if I did it under 2 hours 30 minutes he would eat his hat!  I did it in 2 hrs 21 minutes and he was fair impressed.  I have competed in many events and I love the support from all the ladies.

I have made many good friends along the way.  My daughter is also a member and she loves coming with me on a Saturday morning and sometimes my grandchildren come along too and get involved.

I just wanted to thank you all again from the bottom of my heart.  I hope to have a few more years left in me.  xx